A small portion of the roughly 1600 facilities that have been used by ICE to house people in immigration-related cases are shown here. We're adding the rest as we have the resources. Few of the roughly 1,500 county and city jails are shown here. Also not shown are all the other facilities that are part of the prison industry. For example, the several hundred federal and state probation offices.

Incarcerating people in the United States is a large and expensive business that's highly profitable for some.

The United States incarcerates people at a percentage greater than any other country on Earth. For every 100,000 people, 639 are imprisoned. Plus, many U.S. prisons are now in private hands, thus incentivising that incarceration. 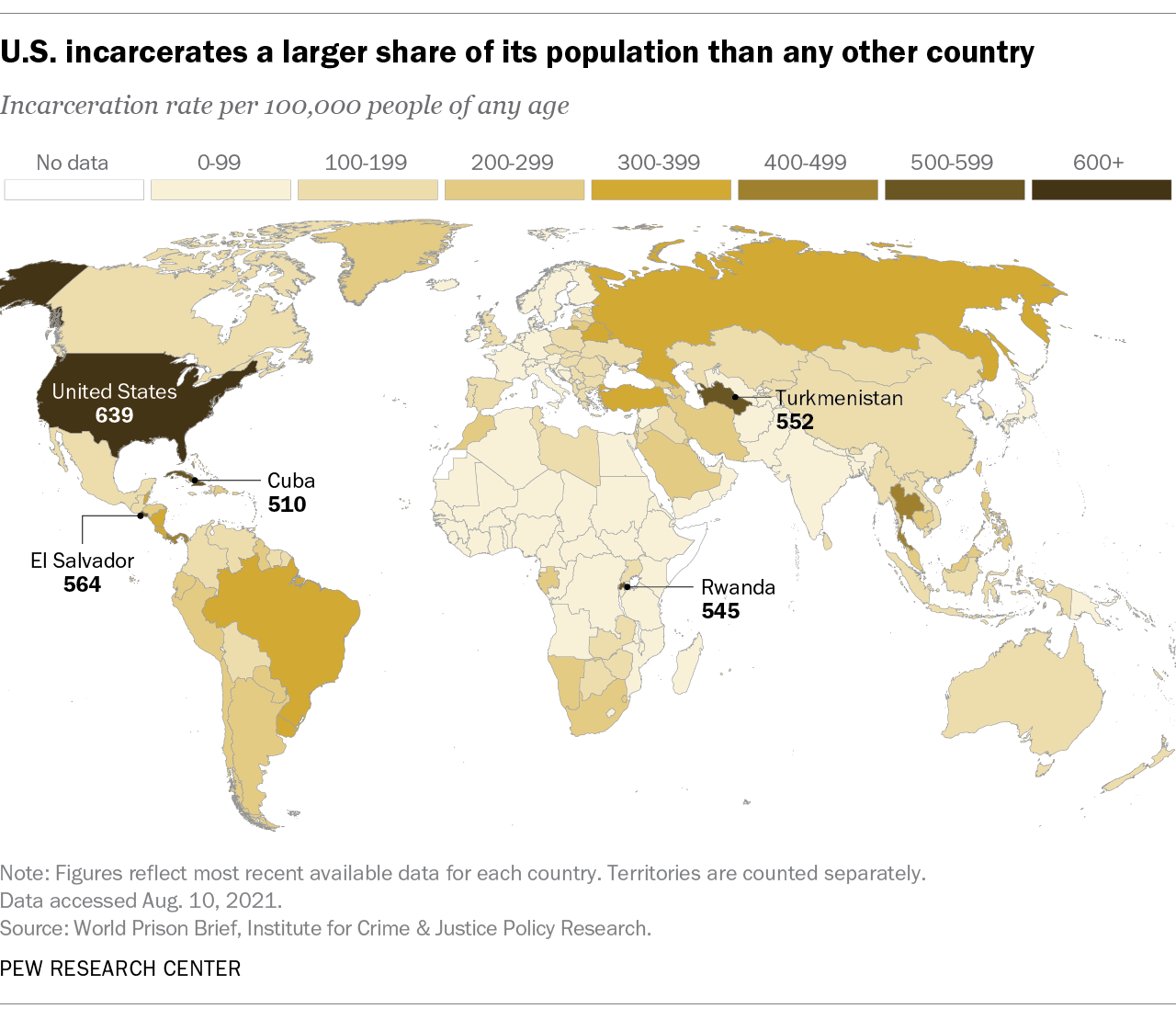